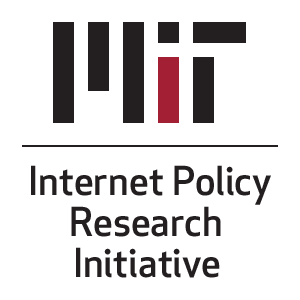 With increasingly sophisticated cybercriminals, the threat of a cybersecurity attack against cities and towns throughout the country remains significant. As municipalities struggle to keep up and work within current constraints, there is a dire need for additional, high quality cybersecurity information. In particular, understanding areas of greatest need in securing Massachusetts cities and towns would help provide clarity regarding where additional security support and resources would be most beneficial.

The purpose of the associated Cyber Risk Survey is two-fold:

Massachusetts cities and towns deserve proper coverage in the event of a cybersecurity incident. As the renewal period for cyber insurance gets underway, it is important to have transparency over key areas of cyber risk. This will allow for better negotiated rates, and over time provide a mechanism to track municipality progress in improving their security, thereby giving appropriate credit where due.

The Cybersecurity Risk Survey asks municipalities to indicate the level of maturity for their security controls. This information is then aggregated and distributed back to participants. As a result, participants are able to produce comparisons to peer groups that can then be used internally to justify resource allocations.

Please respond to each control item on the questionnaire tab to the best of your ability on behalf of your municipality. Ideally, this survey should be completed by the individual that is responsible for cybersecurity and/or technology within your municipality. This portion of the exercise should take no longer than 15 minutes.

In Step 1, please provide an estimate of the population of your municipality as a way to create weighting factors in the final reports. The estimate does not need to be very precise. Example: 28,000

For each of the 10 control categories noted in the first column titled “Category” (Column A for those using Excel), there are associated security controls in the control column to the right. For each control, please mark an “x” in the one gray box per row that best describes your current maturity level

We recognize that these control maturity level options, ranging from “Not Implemented” to “Fully Implemented”, can be interpreted in a variety of ways. Implementation level should not be based on your individual municipality’s progress vs. planned end-state, but rather an implementation level with respect to the ideal end-state recommended by frameworks. Ask yourself, “If I had unlimited time, expertise and resources, what would the end-state for this control’s implementation look like?” The responses should be based on this perspective.

Please find below maturity level rating definitions to help guide your responses to the survey:

Steps 3 and 4 only need to be filled out if the municipality had a significant incident in 2019, 2020, or 2021 with a monetary loss of greater than $1,000. We will use this data to narrow in on which security control failures are leading to the highest losses. The first question asks for the total number of incidents over the three-year period. The second question asks for the sum of monetary losses from all significant security incidents over the timeframe. The estimated losses do not need to be overly precise. For example, losses for two incidents could be estimated to total roughly $15,000.


In terms of criteria, the cyber incidents associated with these failed controls must have 1) incurred financial losses and 2) taken place within the past three calendar years (2019, 2020, or 2021). When responding, you should ask yourself, “Which controls were responsible for the most financial losses?” A “top control”, as referenced in the Step 4 description, can be one of the following:

The SCRAM platform only processes encrypted data that the researchers at MIT have no way to read. For that reason, it is important that the data is complete and correct before it is submitted. To aid municipalities with this, we have created green and red status markers on each of the inputs in the spreadsheet. They notify when something isn’t formatted correctly or data is missing. Important: The SCRAM platform will only accept files that show a green “Ready” and checksum equal to 100 at the top of the page. If the checksum is higher it means there are errors in the document that still need to be corrected. Please contact us at the email address below if you have any questions.

Step 6: Upload the file into the SCRAM platform

Use the username and password that you will be provided later to upload your completed questionnaire into the SCRAM platform at: https://securecompute.mit.edu

If you have any questions related to the completion of the survey, please do not hesitate to reach out to securecity-2022@mit.edu.